Earlier this week the Chancellor, Rishi Sunak, made a statement to the House of Commons to offer support to businesses who are struggling as a result of further restrictions required, due to the coronavirus pandemic. In these challenging times the Chancellor has acknowledged that additional support is required in order to keep people in jobs and businesses operating.
There were three key changes announced this week:

Under the original scheme employers were expected to pay a third of their employee’s wages for hours not worked, with employees having to work a minimum of 33% of their normal hours. However, under the new amendments employer contribution for hours not worked has reduced to 5% and hours employees are required to work has reduced to 20%. The Job Support Scheme starts on 1st November 2020 and businesses can claim from 8th December 2020.

The government is offering cash grants of up to £2,100 per month to businesses who have been worst hit due to new restrictions in their areas. The grants will be primarily available for those in the accommodation, hospitality and leisure sector.

Income Tax (pay as you earn)

HMRC have made an amendment to the pay as you earn regulations. The new regulations will amend income tax regulations where it is deemed an employer has failed to make income tax deductions under PAYE from off-payroll workers, and there is no realistic prospect of recovering the outstanding tax from the deemed employer within a reasonable period. The updated regulations will now allow HMRC to seek to recover the tax from other parties within the labor supply chain. The new regulations will come into force at the same time that the controversial IR35 off-payroll working rules are extended to medium and large-sized organisations outside the public sector on 6th April 2021.

The guidance is intended to help businesses communicate with clients, customers and members about the changes coming to off-payroll working rules from April 2021.

HMRC have confirmed that they will not open a new compliance enquiry into a contractor’s return for tax years before 6 April 2021 in circumstances where:

• A contractor changes the way they work from providing and invoicing services through an intermediary entity, to now being paid via a business or end user’s payroll

Following on from the recent case of Cheshire Centre for Independent Living at the upper tribunal, HMRC have published a new policy paper laying out its position on VAT liability of payroll services

The case concerned the VAT treatment of payroll services by the taxpayer, provided to disabled persons to enable them to employ personal assistants to help them live in their own homes. With the contention being whether the service was directly connected to the provision of care and therefore exempt. The first-tier tribunal had initially ruled in favor of the taxpayer however, HMRC appealed and brought the case to the Upper Tribunal. Cheshire Centre for independent living decided to withdraw their appeal, with the result being the first-tier tribunals decision was over turned.

Following on from HMRC’s initial response to the Association of Taxation Technicians (ATT), which we spoke about in our previous update article. The ATT had submitted two additional queries, regarding the application of the reduced rate to admission attractions (specifically skydiving) and deliveries of hot food which HMRC have now responded to.

HMRC’s view’s on the two additional queries are as follows;

The new changes to this legislation would affect non-UK residents purchasing residential property within the UK and Northern Ireland. The proposed rates would be 2% points higher than purchases made by UK residents and will apply on both freehold and leasehold property, as well as rents on the grant of a new lease. The consultation on the draft legislation will close at 11.45pm on 23rd November 2020. 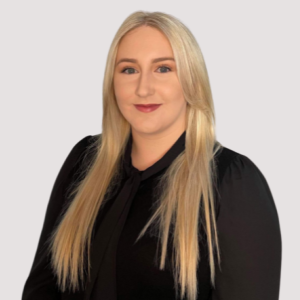 Statutory Residence Test – Do you owe tax for your stay in the UK?​